Allen is the President and Co-owner of In Touch Dog Training & Rehabilitation.
Having grown up with dogs his entire life, Allen trained his first dog “Thor”, a Norwegian Elkhound, when he was just 9 years old. His family was so immersed in the dog world that his mother and step-father owned and operated a lost dog search company. The only company of it’s kind at the time, they created a network of resources to help find lost dogs and get them back to their owner’s as quickly as possible. Wondering why a dog would run away and not come when called created a passion for Allen to learn how to save dogs from the horrible consequences of being a lost dog, and how to prevent the broken hearts that comes with that tragedy Over the years Allen has learned every form of dog training imaginable. But when things really started to get interesting was when Allen started learning about what makes animals do what they do.

During his enlistment in the U.S. Army, and as a member of U.S. Special Operations, Allen was part of a team of advisors that built trusting relationships between representatives of the United States military/government and the local political, tribal, and/or military leaders in a variety of environments throughout the world. That responsibility led to a natural curiosity of how to perform his job more effectively and efficiently. After learning from many experts in the field of human persuasion and influence the desire to learn what worked and why eventually led to him studying neurosciences. These studies included the burgeoning and exciting field of neurroplasticity. (The study of how and why the brain changes and how to create those changes.) Always having a love for dogs, after his career in the military was over, he owned several dogs throughout the years always training them to be obedient. After being told numerous times “you should do this for a living”, he decided to learn what it would take to actually “make a living” as a professional dog trainer. Since becoming a professional dog trainer Allen has trained with trainers from all over the world that are recognized by their peers as some of the very best in the world; including Bart Bellon, Lazaro Cabrera, & Fred Hassen. 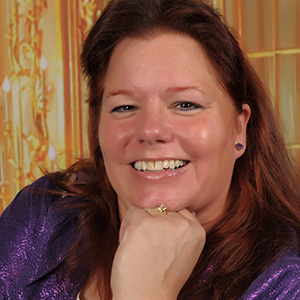 Alethea is co-owner and Allen’s partner in the In Touch Dog Training & Rehabilitation business. Alethea has been a dog trainer since 2004, learning various techniques, philosophies and methods of training over the years.  Currently, she provides office manager support, and will often spends time with the dogs, giving them the love, cuddles and care in between the lessons when they are here with us for immersion programs or boarding.

Alethea was the Brood Stud Program Manager for Guiding Eyes for the Blind for several years, at their Canine Development Center in New York, so she is knowledgeable about the various phases of development, care and behaviors of puppies and dogs, and is used to working with other dog related professionals, i.e. vets, groomers, etc.,and training and answering questions for the dog’s owners and family members.

Feel free to give our office a call and say hello. Alethea loves people as well as dogs and will do her best to make time to answer your questions and be there for you, your dog and your family.